Lamb Island is a small island in the southern part of Moreton Bay, near Brisbane, in Queensland, Australia.

Farmers built most of the early jetties, sheds and other transport facilities over the years. Most have since been replaced, but Lamb Island still has its original jetty shed. It was built by J Gibson and RC Scott from Macleay Island for the Lamb Island Fruitgrowers Coop in September 1939. Later, it was used as an ambulance shed, for Progress Association meetings, and as a general storage shed. On one occasion it even served as a temporary morgue, holding a corpse that was being taken to the mainland.

Ticket of leave (parolled) convict Thomas Lucas worked as an oysterman on Macleay Island for many years. He moved to Lamb Island in the 1880s and died in 1893. His grave is on the hill above the jetty.

Four mango trees bordering the road were planted by Leslie Corrie, the president of the Acclimatization Society in 1890 and later Mayor of Brisbane.

The old farmhouse was built by Eric Noyes in 1911 and doubled as the post office until 1968. Noyes was the postmaster on Lamb Island and also ran the telephone exchange here and on Macleay Island.

Listed on the Old Heritage Register

This was the original home of the Hine farming family, built by Cecil Hine in 1924 on land he bought in 1916. Hine extended his farmhouse, reputedly in the mid 1930s, and sold the property in 1956. It came under the control of the Redland Shire Council in 1974.

In 1976 a meeting was held in the ‘old farmhouse’ to re-form the Lamb Island Progress Association. The farmhouse, by then in a deteriorated condition, was repaired by the community in 1977 and became known as Pioneer Hall. The official opening of Pioneer Hall was held in May 1978. It continues to be used extensively as a venue for community functions and other group gatherings, and is understood to be one of few extant early 20th century farmhouse buildings on the island. 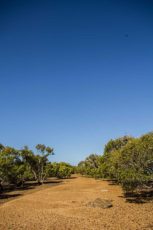 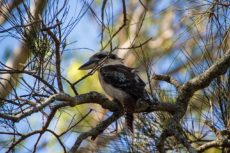 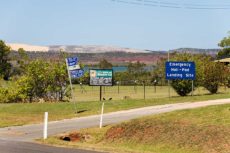 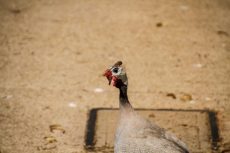 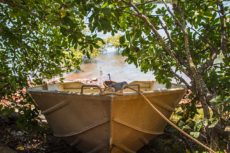 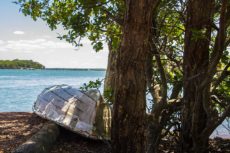 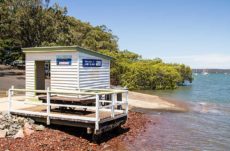